Situated near the village of Gartocharn, and by the south-western shores of Loch Lomond, Ross Priory, a private property for members associated with Strathclyde University, has, perhaps, the most favoured situation of any large house in West Dunbartonshire. From its precincts there are magnificent views of the Loch and its islands, with the Luss hills and Ben Lomond itself as a panoramic background. Whether the sun shines on sparkling water, or wind-driven clouds dominate the sky, the view from the vicinity of the house will never fail to impress. 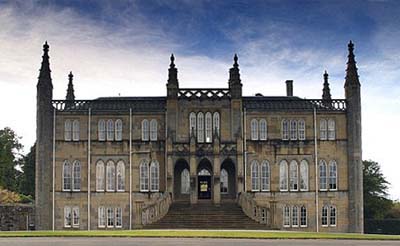 The house stands on a small "ross", i.e. peninsula. Timothy Pont's late 16th-century map shows that there was already a sizeable property there at that time. A branch of the Buchanans acquired the estate in 1624, and by the 18th century, a fairly large farm-house was well established, parts of which survive at the rear of the present building.

The house as it exists today is largely the work of the celebrated Scottish architect James Gillespie Graham (1775-1855), presumably hired by Sir William Buchanan who had purchased the property in 1790. The resulting building is one of the finest examples of domestic Gothic architecture in Scotland.

The house is supposed to have a curse on it dating from the time of the first uprising of 1715, when Buchanan of Ross is said to have betrayed the Jacobite Marquis of Tullibardine, by first giving him refuge and then handing him over to the King's men. More happily it is associated with the great Scottish novelist and poet, Sir Walter Scott, a friend of the laird, Hector McDonald Buchanan. At this house, in a first-floor room overlooking the Loch, he harvested much of the material for his long narrative poem "The Lady of the Lake" (which is about Loch Katrine!) and he wrote a large part of his novel "Rob Roy" while staying at Ross Priory. The Scott Room, above the Carnegie Room, has been named after him. 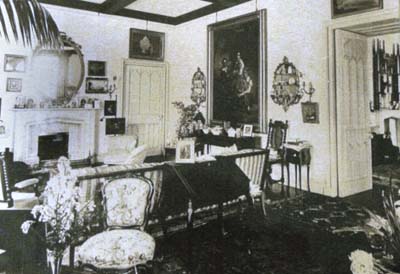 The Buchanan family were in possession until 1925, after which there were a number of different occupants. In 1971 The University of Strathclyde purchased Ross Priory for use as a conference and leisure centre, and for hiring out for functions such as wedding receptions. 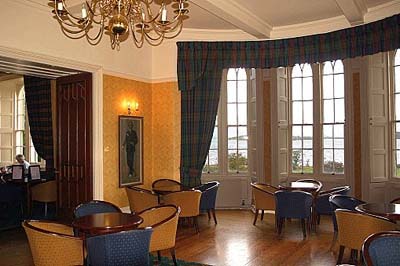 Today the house has 10 en suite bedrooms, a dining room and a conference and functions room (the Carnegie Room). The building stands in 173 acres of grounds with sporting facilities for members, including a 9-hole golf course.

It should be stressed that the house and its grounds are private property, its amenities being for the use of members and groups who have hired space for functions. Anybody wanting to visit the house or surroundings should first contact the manager at:

Thanks to John Pairman, Manager at Ross Priory, for advice and kind co-operation.