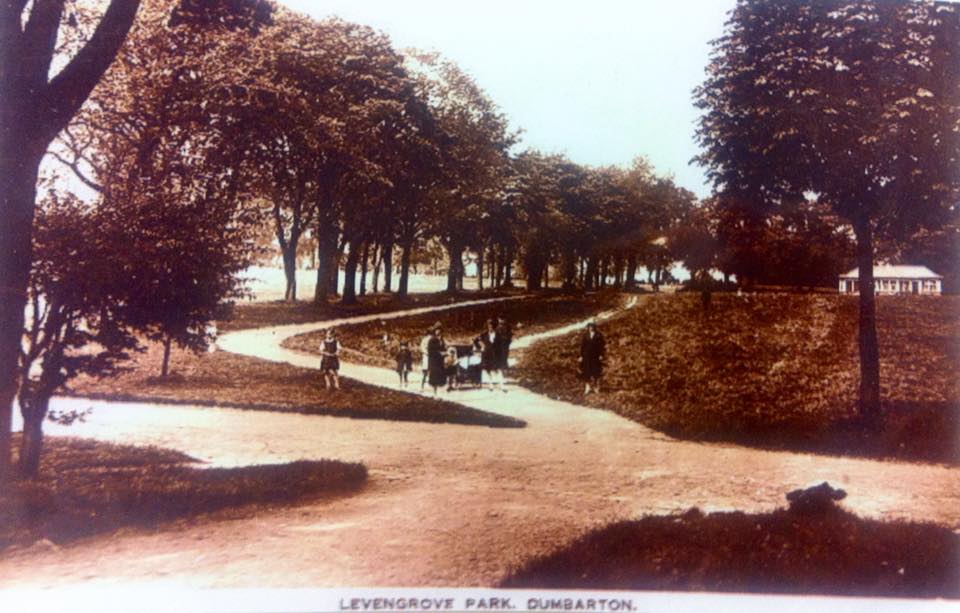 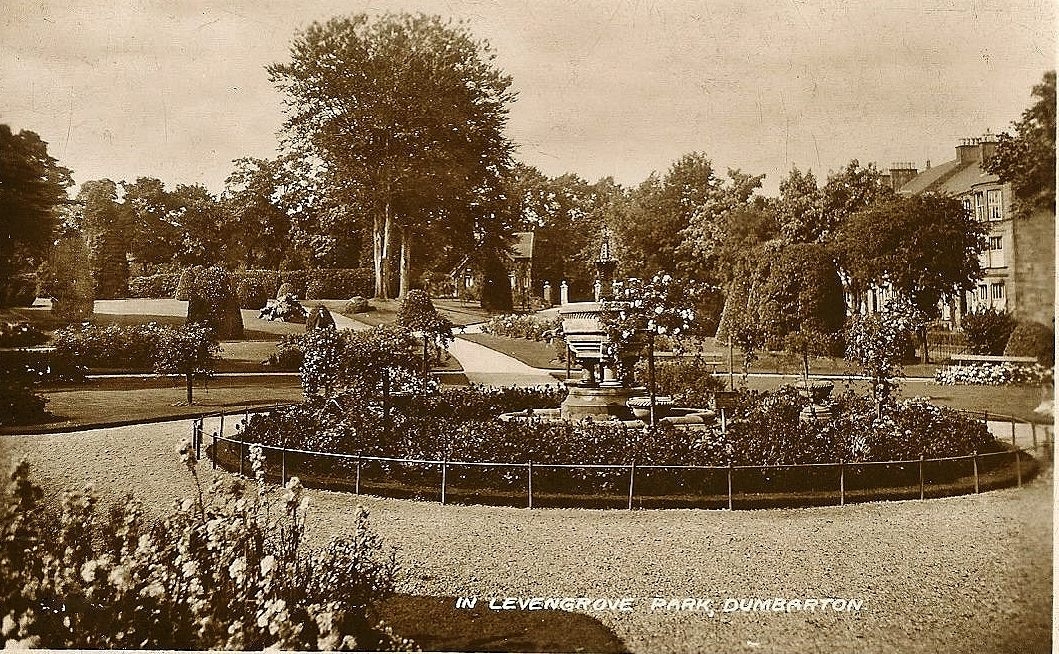 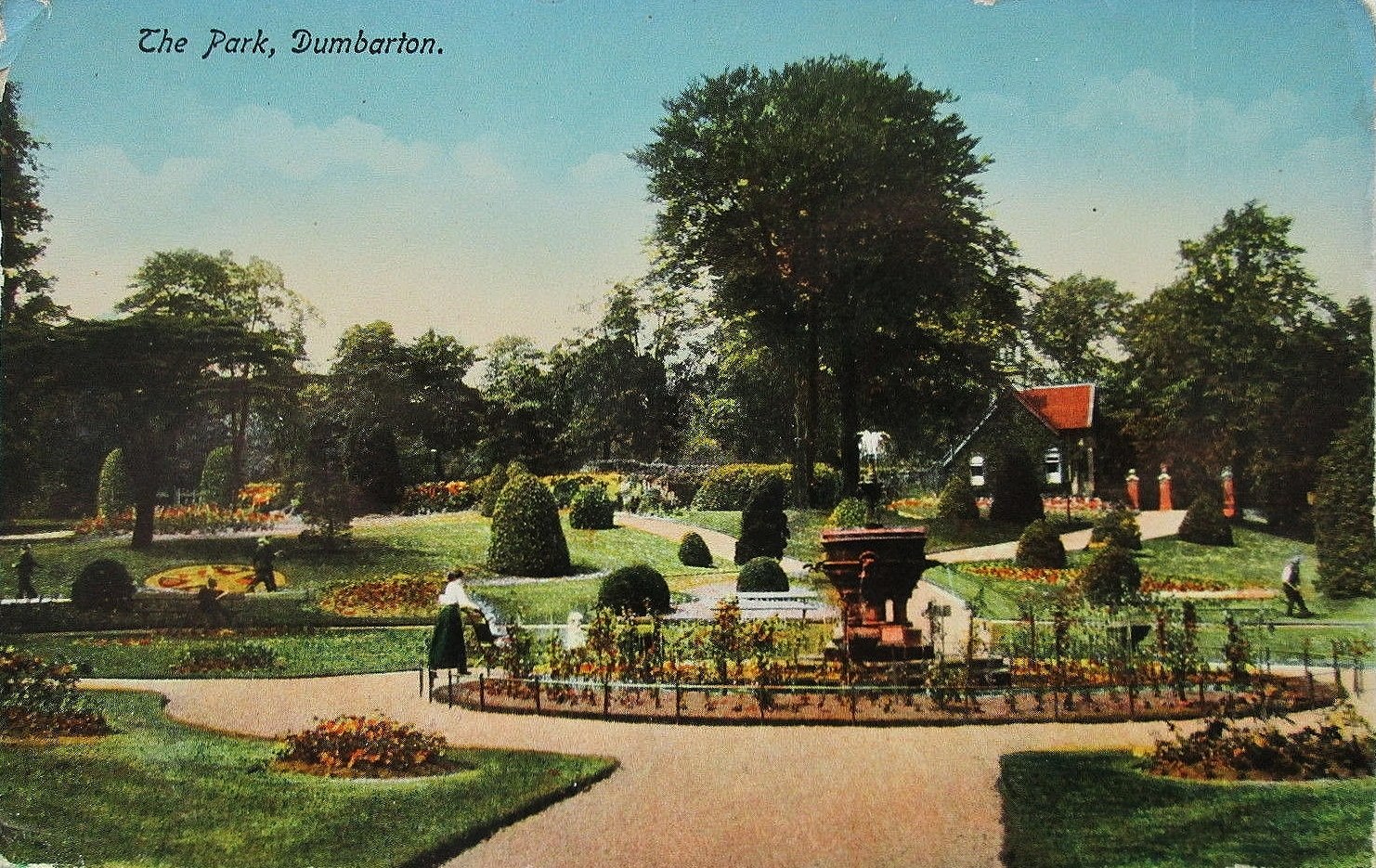 Levengrove Park sits on a portion of the old estate of Levengrove and encompasses the site of Levengrove House. the estate was split up and sold off for development in around 1867, the site being seen as "admirably adapted for villas". Many Victorian villas now surround the park.

In 1894, the remaining unsold portions of the Levengrove Estate were bought by Messrs. William Denny and John MacMillan of Dumbarton, both eminent local shipbuilders. They arranged for the land to be laid out as a public park for the people of the town and then gifted it back to the Town Council. The park was opened in 1885 in a large ceremony involving a procession of all the town's tradesmen. The park cost Denny and MacMillan £20,000 to purchase and develop.

The layout of the park is simple and based around the attractive pre-existing estate landscape. Professional advice was sought on the design of the park from the curator of the Public Parks of Glasgow, a Mr. D. McLellan, who declared the site to be "all that could be desired, in fact it is as fine as I have ever seen." Mr. McLellan describes the park in its pre-existing state and his proposals in a letter to the Town Council in 1883:

"The lands extend to about 32 imperial acres; the soil I found to be of a light porous nature, resting on a subsoil of gritty gravel, and it appeared to be all perfectly dry, with the exception of about 8 acres near to the River Clyde. The ground undulates in a pleasing and easy manner, sufficient to carry off the surface water very quickly, thus rendering it particularly well adopted as a place of recreation for a large industrial community such as Dumbarton. About 20 acres could be set apart for games of various kinds, and a few acres could be devoted to flowers, garden and shrubberies. The wooding of the grounds is to be specially noticed for the beauty and grandeur of its trees, many of the specimens of which I am sure, cannot be surpassed in Dumbartonshire. I would particularly advert to several very fine variegated hollies and two magnificent Cedars of Lebanon. It would be advisable, however, to plant a belting of young trees and shrubs round the margin, which in course of time, would give a furnished appearance to the Park."