The Dalmuir site was purchased in 1906 by the Town Council, after consideration of several other sites. The land was purchased from Mr W P Macindoe, a descendant of William Dunn of Duntocher, at a cost of £5,000. This sum was gifted by Lord Overtoun and the park was in fact called Overtoun Park when first opened.

Following acquisition of the site and its opening as a public park, the Town Council retained the structure of the designed landscape although some additional tree planting was added to the eastern and southern boundaries. The first bandstand was constructed above the pond in the open parkland in 1907, and was donated by Dr J Dundas White, a local MP. In that year too, the fountain was gifted by Provost Leckie.

The opening ceremony of Dalmuir Park on 1st September 1906 was celebrated by a great carnival of floats, displays and attractions and the park became a focal point for local entertainment, concerts, political rallies and the illuminations.

Since opening, the park has been a popular destination for a community which has been widely recognised as socially and economically deprived.  The older residents of the area have been very nostalgic in their reminiscences of the park as a vibrant asset to the community.

In July 2011, West Dunbartonshire Council's Greenspace Section was successful in securing grant funding from the Heritage Lottery Fund for the purpose of developing the Dalmuir Park Restoration Project. This is a 3 year project, jointly funded by West Dunbartonshire Council and the Heritage Lottery. The project has now began its second year, the capital works are now complete with only minor works still to be carried out.

Capital works were contracted to Land Engineering with other works being carried out by West Dunbartonshire Council. You will note some of the improvements which are: the restoration of the existing pathways, hard and soft landscape areas as well as existing Edwardian fencing, the fountain and ornamental boat.  Improvements have also been made to the play area, bandstand area, street lighting and bin provision. A new all-weather play pitch has also been built together with a small play and picnic area to the rear of the café and Rangers' Office.

The park has also been used as a popular recreation resource and venue for events since its opening in 1906.  This funding has helped facilitate the restoration of the park, with the aim being to enhance and revitalise the park by restoring and conserving its character and heritage elements.

The Where possible, this project will provide improved and additional facilities as requested by the local community, including additional activities and events.  This will encourage community involvement, actively involving the Community in the day to day management of the park. This will also allow existing visitors to make better use of the facilities and attract new visitors to the park.

In restoring the park, West Dunbartonshire Council also wishes to encourage an interest in the environment and to promote awareness of the heritage areas of the park such as the woodlands and parkland.  Also to develop ornamental planting at the Duntocher Burn & Lade, Weir & Pond.

The Clydebank Blitz of 1941 decimated the area surrounding Dalmuir Park; As a result, many houses were bombed.  Thereafter, new housing and high rise buildings were built. The majority of the red sandstone tenements you can see to the south of the park were built by the Beardmore Company to house their employees. 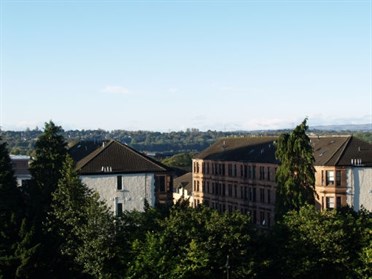 The Erskine Bridge, which is visible from here, was opened by Princess Ann in July 1971. On a clear day you can see down the River Clyde estuary and over parts of rural Renfrewshire. 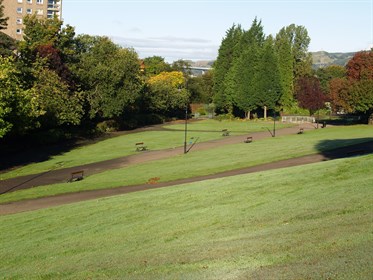 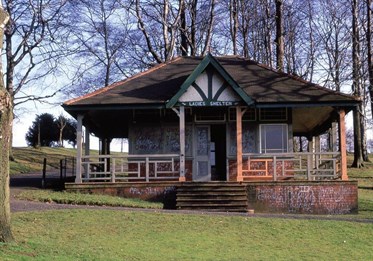